Looking for a corporation to join that accentuates your play-style? At Manu Fortius, we have assembled a group of the best capsuleers to fly with. We take pride in fostering an atmosphere of like-minded people with common goals and a place where you can help the corp for the greater good and also allowing the freedom to choose your own path. Check us out!

Considering I haven't played EVE in a fornight, I might as well post something.  So here goes.

If you're like me, you consider Fallout a masterpiece of gaming entertainment.  What's not to love about roving around a huge post-apocalyptic open-world?  The franchise is one of the greatest - at least in my opinion.

Bathesda's announcement of Fallout 3's November 2015 release has put the fans in a frenzy.  The upgrades in technology have made the anticipation of their upcoming release somewhat fever-pitched.  Knowing this, it is no surprise that Bathesda wanted to capitalize on this and so they released a game (for IOS and now Android) named, "Fallout Shelter".  A management-type strategy game (with resource gathering/management) where you become the Overseer of your very own Vault.  You decide what is going to be constructed and who works in what room.  You can also be the little cherub that puts two people together in a room and waits for the "magic" to happen or you can even send a person out into the wasteland to gather outfits, weapons and caps (the currency of the Fallout franchise).

Now, being somewhat of a fanboy, I drooled myself silly waiting for Fallout Shelter to come onto Android.  I kept checking for updates on the release and the instant it was released on Google Play I couldn't hit download fast enough.

The first few hours of playing, I lost control of my shelter and my inhabitants started to melt from radiation sickness.  To be literal, they didn't melt, but their rad level got very high and if a Radroach looked at them funny, they would die.  You can revive your dwellers, sure, at the cost of caps, but I found caps didn't really come fast enough to revive all my ill-fated dwellers.  Being me, I decided to start another vault.  I fared much better early on, but the God's were not on my side.  Raiders killed a good lot of people and I didn't have the caps to revive them all.  I refused to spend RL money, so I once again started over.  I did even worse and had to start over once again.  I had an issue with the save system as I could only save 3 vaults and there is no delete option.  There is also no cloud storage, so if you have to reinstall the game, you are out of luck.

I might get crucified for this, but what I found, and pretty quickly I might add, is that the game is so shallow in scope.  Bathesda's Fallout Universe is so grand in breath, that I found it surprising that the game they made has very little to offer.  Getting the first 12-16 dwellers is pretty much a guarantee as the game is meant to give you the foundation to build a successful vault, but all too soon you realize that there isn't anything new to achieve.  Once you have lured (or birthed) a bunch of dwellers and arm and equip them, you've pretty much done all you can do.

You get the occasional infestation or raider assault, but that's about it.  I found the game somewhat punishing and a bit tough.  If you are a fan of the franchise, give it a try.  If not, I wouldn't even bother.

The graphics and artwork are very well done and the overall mechanics and controls aren't too bad.  To be honest, it is a great idea, but just not enough meat and potatoes to fill you up.

I mentioned the controls aren't too bad.  It does have one massively annoying foible: selecting and trying to drag a dweller is god-awful.   You tap and then hold to 'pick up' your dweller like you were some omnipotent demigod.  The problem is, that you have to be spot-on in order to pick up the dweller.  I admit, I have some sausage-like digits, but even at full zoom, you have to be a surgeon to grab them.  If there is nothing going on, it's bearable.  If you are under attack, it's infuriating.

So how do I break it down?

As mentioned, the artwork is really great.  It captures the the theme of the Fallout Universe perfectly.  The room details are very good as well.

Overall, the mechanics are good (other than the damn dragging of dwellers).  The game can be punishingly difficult, but everything is smooth and polished.  I haven't had any glitches or crashes.  The SPECIAL abilities mechanic is pretty good, but the execution of it isn't very good.  You should be able to sort your dwellers in a list by SPECIAL.

The game assumes you know the backstory of Fallout and doesn't really go into depth about it other than a few introductory slides.  There could be more.  There should be more.

Sadly, there just isn't enough to the game or enough to explore for there to be any replayability or even a reason to play very long.  Those with short attention spans or those looking for more immersion would be better off finding something else.

Unfortunately, I find Fallout Shelter to be a dud.  The amount of downloads completely contradict my conclusion, but maybe I'm just not as big of a fanboy as I thought.

Posted by Chris Nicholson at 4:16 PM No comments:

Help me Help my Dog!

I've been distant from EVE for quite a while now and with my current situation, I don't know when I will have the means to come back.  I consider the EVE community to be one of the strongest and best examples of people coming together from all walks of life, to be part of something.  EVE is that glue.  If you read my story below and my plea for help and it moves you, please consider even a small contribution.  If not, I understand.  I appreciate anything you do and I hope to see you flying around in internet spaceships soon! 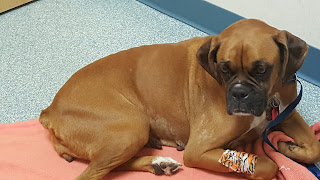 Posted by Chris Nicholson at 11:33 AM No comments:

Looking for the Industrialist in You!

Salutations to all. It's been a while since I have posted anything. Things are just very hectic and in my industry (construction), people want to get their foundations in and the building weather-tight before the holidays. It's crunch time in the building material supply business.

I just wanted to point out that our corp is looking for industrialists, like you. Those who like to get their hands dirty in manufacturing and mining. We have opening that need to be filled. If you are a miner and are looking for some people to pass the time with, check out Manu Fortius.

We are also looking for players of all walks (missioning, PVP, Incursions, etc). We have access to a good low sec pocket and alliance-wide roams, PVP and PVE.

Check out or Forum Recruitment Post on the EVE Forums or talk to us in game.

As Months Go By

Over the last few months, I have been working hard behind the scenes in our corp.  Getting "builders packs' together, doing a little mining and working out our capital logistics.  I haven't posted much of anything as time is limited.  We are moving at a good clip, so I am happy to see that we are productive, active and having fun.  We are running regular mining ops, sometimes one every day.  Even I, someone who finds mining dreadfully dull, have been throwing skiffs into asteroid belts.  Our AO's belts are kind of stripped, but we have alternate systems that have large rocks.

Our corp is growing quickly again and we are looking for players of all sorts, but really pushing for miners.  If you are interested in joining an active corp, check us out Eve Forum Recruitment Post.

Pheobe has brought a very welcome change to invention, but also some drawbacks.  Being able to queue up multiple invention runs on one slot is really great for the inventor.  As long as you have enough datacores and runs left on your copies, you can use one slot and stack up days of invention runs at one time.  The drawback is the increased demand on datacores.  Multi-sell is also a great addition.  Overall, I am pretty happy with the Crius and Pheobe patches.

I look forward to more and higher quality content from CCP with their accelerated patch schedule.  Hopefully it will bring in new players (and keep them here) and pull back some of the veterans who have left for one reason or another.

We have started to see some returning members from years ago.  That is good.

Until next time, fly safe-ish.
Posted by Chris Nicholson at 10:24 AM No comments:

Path's to Success (of an Industry Corp) Part 1: Have a Plan

In the past I have chronicled my experiences as a CEO of an industrial corp.  I decided to step away from being a CEO, but joined up with my former directors in our current corp and I have taken on the mantle "Director of Industry".  We have been growing steadily and we keep people activly involved in the corp's success.

How do you run a successful industrial wing and keep people involved?  Well, there are many cogs to the machine.  I will make this a multiple-post series, so check back often.

Here are some general guidelines to get the ball rolling.  Note, this is mainly from a high sec perspective.  Unsecured space brings on an additional slew of questions.

[Step 1] Have a plan.
I can't stress this enough.  Out of all the things you do, this is probably the most critical.  You need to have a framework you can hang all the pieces on.  Think of it as a foundation.  A fundamental piece of the whole operation.  Do you want to make ISK by corporation mining ops or do you want those to fund your manufacturing?  Do you want your manufacturing to be the main source of revenue?  Do you want to put all your eggs in one basket and focus on T2 or T3 manufacturing?  Hulls or Modules?  Do you want to buy your manufacturing materials from the market or set up a moon?  What do you do in times of war?  These are just some of the questions.  You might not think of things until you are forced to make a choice.  War Dec's can have a huge impact on your activities, but so can supply and demand and market warfare.  Here are a few bullet points you should ask yourself when developing a strategy.
This is by no means an all-inclusive list, but these are some of the fundamental questions that should be answered before you decide to take the plunge.

For an example, here is what we do:
That is kind of my overview.  It's a list based on my experiences and others might do it differently and be as successful if not more.  It's a balancing act.
Posted by Chris Nicholson at 12:51 PM No comments: